While the best Yiddish songs, unfortunately, fade into obscurity, along with the language, Jewish song tradition is at risk of being eroded and forgotten and as Hebrew speakers are limited to only 15 million worldwide the English translations and adaptations of the top Jewish songs have the ability not only preserve and revive the beautiful treasure chest of most cherished songs that reflect the ethic DNA and collective memory but also, due to such outstanding quality of lyrics that sometimes are better than the originals, and a new approach to musical arrangements, inspire in global audiences (as over 6 million views already showed), not only Jewish but especially non-Jewish listeners to pursue their genuine interest in the beauty of these timeless gems and especially in people who created them. That's could be seen as another, so maybe even more effective way to fight antisemitism in today's world.
A few first very basic demos are available from the link below: 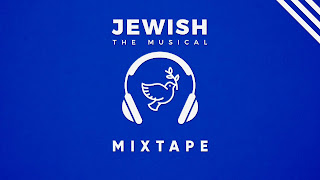 P.S. While preserving and reviving the best and most beautiful Jewish songs and heritage opening them to the worldwide audiences, Jewish, the Musical unequivocally supports and promotes the values of friendship, inclusion, tolerance, and diversity.
Under development by Hudson Kin (Rigli), a member of the Dramatists Guild of America
* * *
SOUND WE LIKE  and plan to incorporate into the show:
1. Abi Gezunt - Yochi Briskman Klezmer Band ft. Shulem Lemmer
2.  Sisu Vesimchu Medley - 30 Chassidic (Hassidic) hits By Eitan Masuri
3. We All Brothers (Un Mir Zaynen Ale Brider)
4. Di grine kuzine - The Barry Sisters
5. Kahol ve Lavan
6. Yevarechecha - Mashiach - Hassidic Music - Jewish Music